On the 12th of September is Arepa World Day. A day created by the thousands of Venezuelan living abroad as a way of celebrating our traditional bread, the AREPA.

When you ask a Venezuelan what are the most traditional things in your country the Arepa definitely comes in first place, there is not a Venezuelan that doesn’t eat Arepa, is just not possible! Is like asking an Italian not to eat pasta, or a British not to eat chips…

We eat arepas for breakfast, lunch or dinner, because they are so versatile that depending on the filling they can make a meal on their own. I think arepa is one of the most versatile foods in the whole world, much like pasta that you can match it with anything and make a meal of it.

And the most amazing thing is that arepas are vegan and #glutenfree, so no matter what your diet requirements are you definitely can eat them!

So in honour of Arepa World Day I want to teach you how to make the most Traditional Stuffed Venezuelan Arepas. Not only this, I will also teach you their traditional names, which, as you read along you’ll find quite amazing or weird depending…you’ll see what I mean!

Because they are quite a few traditional stuffed Venezuelan arepas, I’m making 5 blog post, one new post every week. Each post will be accompanied by its respective video from the series “How to Fill an Arepa“. Fillings will range from chicken and beef to vegetarians options all explained in detailed and with their traditional name.

So, to get the ball rolling, let’s start by naming the most traditional stuffed Venezuelan arepas, and this is where the fun gets started…!

I won’t give too much away about each filling because every week I will be posting about each of these recipes. But in this post and video I will be talking about the arepa VIUDA which means in English WIDOW… yes I know very weird…but bear with me. Also in the video below I will explain How to Prepare an Arepa Ready for Filling.

WHAT IS AN AREPA VIUDA

The arepa viuda is the most simplest of all Arepas. Is basically an arepa without any fillings, hence, viuda.

WATCH HOW TO FILL AN AREPA – EASY AREPA RECIPE – PART 1

Of course, as with all recipes, we need to start from the beginning, so if you’re new to my blog, here’s the video on How to Make Traditional Venezuelan Arepas.

In this video I talk about what is an arepa, arepa flour and where to get it, and how to make arepas. How to Make Traditional Venezuelan Arepas.

I think this series can be called the ultimate Arepa tutorial, and by the end of it you’ll be making traditional stuffed arepas like a true Venezuelan!!

For now, thank you for reading and watching 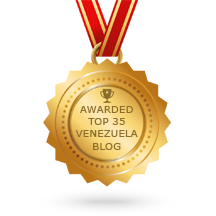